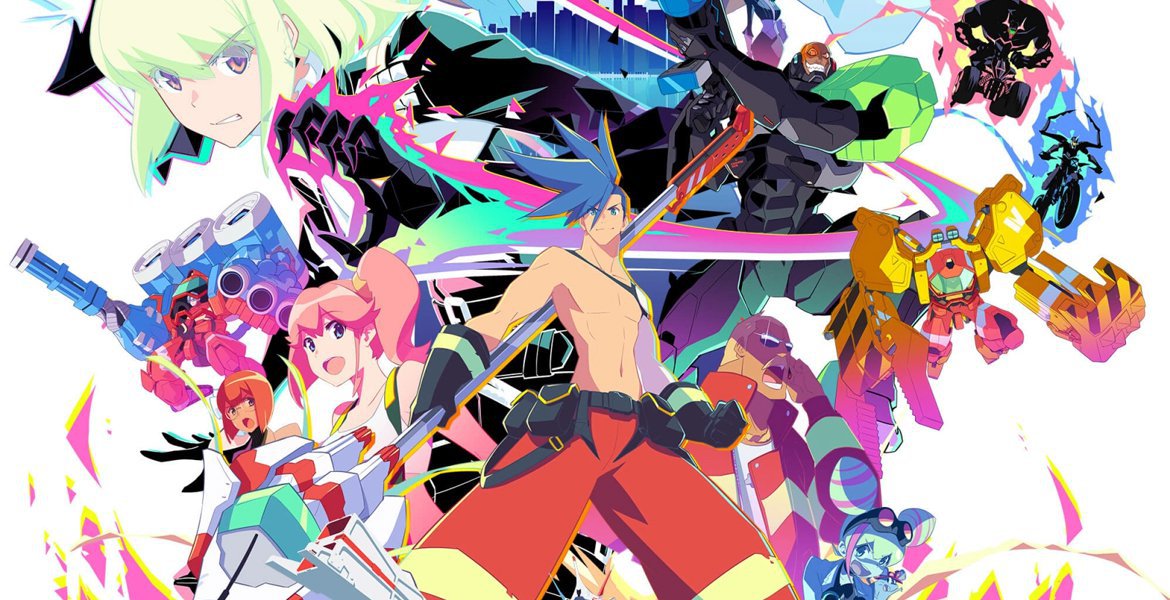 Thirty years ago, a race of mutants with the gift of fire suddenly appears. An enemy of ordinary humans who can create and direct flames with the power of the mind alone - the Burnish. Opposing them is the "Burning Rescue", a brave team of firefighters from the Republic of Promepolis.

Galo Thymos is the youngest recruit of the Burning Rescue and reveres the leader of the Republic - Kray Foresight - as his great saviour. But in a battle against the terrorist organisation "Mad Burnish", Galo meets the head of the terrorists, Lio Fotia, which causes Galo's world view to shake and confronts him with a serious question...

Why are the Burnish waging war against the humans? Thus begins the spectacular search for the answer.

Studio Trigger (Kill la Kill, Darling in the FranXX, Kiznaiver) is known for their fancy animation technique, which skilfully puts CGI in the foreground. With Promare, they have developed everything that has gone before and this time they have gone for the bang in terms of story. For the film starts off action-packed and pompous, quickly picks up speed and proves wrong anyone who thinks they can predict the plots of films. Superfly provides the appropriate music and the German cast of speakers is impressive with Tommy Morgenstern, Patrick Baehr, Engelbert von Nordhausen, Björn Schalla and many more.