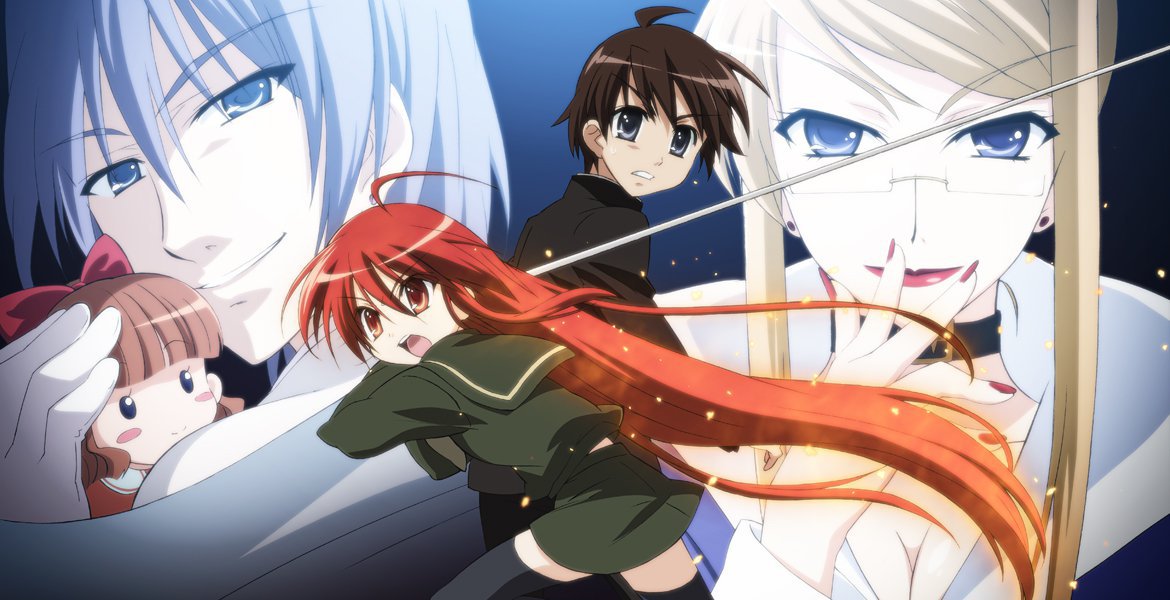 Shakugan no Shana - The Movie

Shakugan no Shana the film, a fullminand cinema action spectacle. Look forward to a spectacular reunion with Friagne the puppeteer. In the film we travel back to the beginning of the story of Shakugan no Shana and get a deeper insight into the characters' relationships and Friagne's scheme. Enjoy exuberant battles with detailed animations.

Yuuji experiences the shock of his life one day when he finds himself in the pedestrian zone and time begins to stand still around him. He has to watch idly as one by one all the people are eaten by monsters, until a girl with fiery eyes and glowing hair comes to his rescue. He learns from his rescuer that the monsters are inhabitants of a parallel world called Guze. They collect existential energy from humans to make their wishes come true. So does Friagne, the puppeteer. Together with his puppets, he has already killed many people in the city to fulfil his long-awaited wish. But how far will Friagne go to achieve his goal and will Yuuji be able to cope in this new world? And then there is this girl...

For every Shana fan, and those who want to become one, a film of the extra class.

No prior knowledge of the series is required to watch the film. The film is self-contained and is ideally suited to immerse yourself in the fantasy epic of Shakugan no Shana.

Shakugan no Shana - The Movie